I just have not had a ton of time to watch anything lately, especially anything that requires a ton of focus. Between work, family, and trying to drive my own passion projects, I’ve found myself woefully behind when it comes to recent movies and shows.

Occasionally I’ll still log onto Netflix and flip around to see what I’m missing, though. A show caught my eye among the highlighted Netflix original content.

The Circle looked like a snazzy, modern reality show presented in bite-size chunks that I could play in the background while busy doing other things. I’ve enjoyed several other Netflix reality or game shows, so I figured why not.

Originally a British TV show, The Circle sets up several people in separate apartments supposedly within the same building. Each person is tasked with creating a persona on an online social media platform, The Circle, that only features the contestants of the show. They have to select what they want to present to everyone else: profile photos, bio, occasional status updates. They are allowed to interact with everyone else on a limited, controlled basis, so they can get to know each other but not too well.

The contestants are periodically asked to rank everyone else, with the people receiving the highest average rankings being marked as “Influencers” with a familiar blue check identifying them as somehow “greater than.” Influencers then have the power to vote off other contestants.

Not everyone is exactly as they claim to be. Several contestants are actually catfish, using someone else’s photos to create a fake persona while no one else knows they’re actually not interacting with a fake.

It made for some hilarious scenarios as the catfish tried to figure out what to say to “sound like” whoever was in their profile pictures. A contestant named Seaburn, a black man pretending to be a black woman named Rebecca (using photos of his actual IRL girlfriend), was one of the highlights of the show for me.

In one scene, Seaburn/Rebecca finds himself in a chat with some of the other female contestants trying to navigate a conversation about menstruation. “My left side starts to hurt really bad,” he types out to the others while trying to bond over the pain of cramping.

The entire concept was rather interesting because the rules were already familiar to most of us. The Circle was easily reminiscent of any other number of social media platforms, Facebook, Twitter, whatever.

And while it was mainly silly fun, a mostly vapid show designed just to let you have a few laughs, there was a deeper social media marketing lesson for brands.

The contestants who really shined through and ended up with the biggest following (judging from what I’ve seen while tracking the hash tags around the show on Twitter and Instagram) were the ones who were true to who they actually were in real life.

A lot of the catfish struggled to fit in and quickly created suspicion among the other contestants. There was just something telling about their attempts to create a voice that they thought would seem genuine. In a lot of cases what they thought would sound like a genuine voice for someone who looked like the person in the photos they were using didn’t actually resonate. It came across as empty, off putting, or just strange in general (Seaburn/Rebecca’s menstruation debacle was a more memorable example of this).

In one case, one of the catfish did an about-face and revealed her true identity. Sean Taylor, a social media professional from NYC, built a persona around herself but used the pics of one of her slimmer friends. She feared what the reception would be for herself as a plus-sized woman since she saw how cruel people can be online in her real use of social media.

In the end, she realized that to truly fit into The Circle, she needed to come clean. There was a lot of backlash among the response online from viewers who felt the message she shared by feeling the need originally mask her true looks was detrimental. Honestly it was more unnecessary than anything else. Body positivity has gained tremendous support online, and many social media users are applauded for bringing attention to the need to be confident in one’s own self image and transparent about insecurities.

In this day and age, having a consistent, authentic voice is very important to successful social media marketing. The concept of catfish is well known now, and many people have their guard up to detect any hints of fakeness or ingenuity.

Being marked as a fake is one of the worst badges that can be ascribed to an online account. Everyone wants to feel like they have an intimate connection with who they’re following, even if the account has thousands of followers. This extends to social media influencers and brands alike, and is why certain social media marketing personalities are so popular. Their content is voraciously devoured by followers who feel like they have an insider view.

At the end of the day, The Circle provided a great lesson about what it takes to really fit in when it comes to social media marketing. I highly recommend you take a watch if you’re looking for a guilty pleasure that ties back to marketing!

If you already saw The Circle (either the UK or US version), tweet me telling me what you thought!

And don’t forget to sign up for my newsletter to get more of my marketing thoughts on the latest Netflix shows. 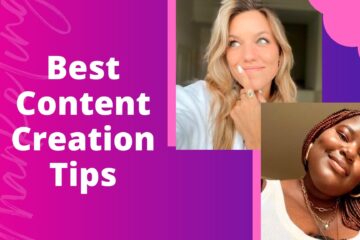 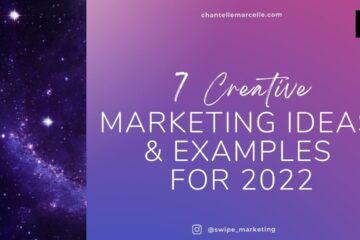 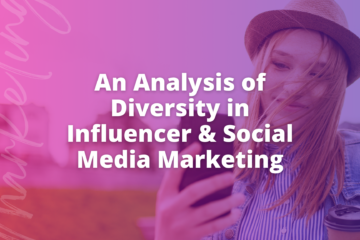 Trends within influencer marketing reflect a social media diversity issue that ranges from the algorithm to brand partnerships.