Good news for app developers. Total app downloads from both Google’s Play Store and the iOS App Store increased 8.2% in Q1 of this year over last year, with more than 17 billion downloads total. Mobile users are also spending more time using apps in general, and much more than they spend using mobile web.

That said, the mobile app business is still as competitive as ever with so many apps vying for space on user devices. Luckily, mobile ads for marketing apps are graduating into new territory, with social media channels driving a lot of benefit.

And mobile ads are thriving. “There isn’t a single brand in the world, consumer product, automotive or travel brand, that will spend as much money on mobile ads as apps,” said Mahi de Silva, Opera Mediaworks CEO.

I was watching publisher content on one of the Snapchat Discover channels this weekend and an ad popped up for Uber. What was really cool about it was that I simply had to swipe upwards on the ad and was automatically directed to the app’s download page. The ad was visually appealing, and conversion was fast and simple. I literally just had to swipe and then hit the download button.

Snapchat is newly emerging as a viable mobile ad platform. It’s currently a better platform for brands looking to start gaining visibility with younger audiences, especially since it was just crowned as the most popular social media channel with U.S. teens.

I wouldn’t be surprised if Snapchat eventually catches on as a mainstream app, though, and then will be able to offer more benefit for a wide variety of brands. Features like live coverage of major events, like award ceremonies, and partnerships with publishers like the Wall Street Journal, could be a big draw in the future.

Facebook and Instagram are powerhouse platforms when it comes to mobile app ads. You can’t deny the viability of Facebook as an advertising platform when 72% of online U.S. adults use it. But these two platforms have great value specific to app advertising. At the end of 2015, it was reported that app ads on these two channels drove growth in downloads of 196%.

Instagram alone was responsible of more than a fifth of total clicks on app install ads. That’s pretty phenomenal, especially when you also consider the bonus tidbit that customer acquisition cost is lower on Instagram than other channels.

A few years ago Twitter announced some really nifty app marketing campaign features. Structured like other CPAC campaigns, app ads (called App Cards) appear organically within users’ tweet feeds and provide conversion analytics. The good part is that App Cards have a natural, less obtrusive feel. The bad part I’ve noticed is that it can be easy for users who are quickly scrolling through a feed to pass right by these ads.

Still, Twitter reports that more than 80% of its users are on mobile, which means it’s a great channel to consider for mobile app advertisements. And I’ve loved using the Twitter Ads back-end platform for businesses. It’s got great tools and analytics.

Beyond the social media channels, Google and Apple will likely soon both offer paid in-store search options for those looking to make their app stand out from the very crowded stores. And the Google AdWords Search Trial Run Ads are also on the horizon after successful testing. Mobile users can try out an app before actually downloading. Hopefully it’ll increase user retention if people can actually see what they’re getting in advance.

App ads are definitely worth it for any brand that has an app available, especially for those in categories with a higher rate of abandonment (travel, books, food & drink currently lead in customer churn). Making the most of these new mobile ad features designed especially for increasing user acquisition and retention could mean the difference between success and failure for many developers. 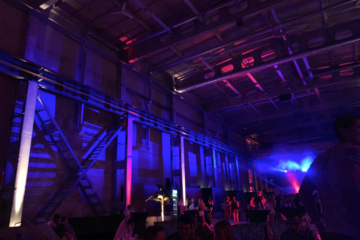 A Creative Event Marketing Case Study: How I Stood Out With an App

Maximizing the ROI of attending a trade show or event can often come down to executing creative event marketing ideas. Read this case study about a time I had to deliver such an idea. 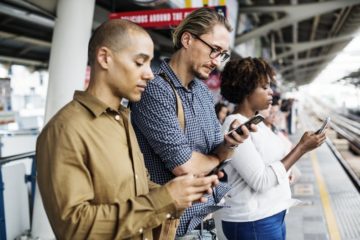 Why should you prioritize mobile marketing, and how can you transform into a mobile-first marketer? Learn more about how to embrace mobile for better ROI.